Recently, I have had the privilege of discussing the topic of mediation and improv (both in acting and any other form of improvisation) with my esteemed colleague Jeff Krivis.  Indeed, he has written a book called Improvisational Negotiation (which is an excellent book to read with wonderful stories about litigated mediations).  Our discussions peaked my interest in this field and I have continued to research this issue on my own.  That is why I was so excited to see an article on What Jazz Soloists Know About Creative Collaboration. The article, written by Scott McDowell, who works with creative teams and business leaders, discusses how to develop the skill of improvisation and how it  can relate to business creativity and as a team member.  Here is a brief excerpt of the article.

One of the defining elements of jazz is improvisation, the act of composing on the fly.  Anyone who’s heard a classic Miles trumpet solo knows the potential beauty of individual improvisation within the group setting. The team depends on each person to contribute his unique skills, ideas and views to the collaboration, and the individual relies on the team for support, guidance and judgment.

Since it depends on improvisation, jazz is highly interactive.  A player must be responsive to the moment-by-moment actions of the other musicians. Like a properly tuned creative team, jazz is above all a collaborative pursuit in service to the composition (the agreed upon goal), and the individual voices in the band (the members of the team).

To enrich your skills as a team member, mimic the great jazz soloists: 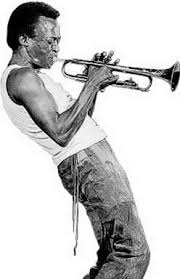 1. Practice until it’s intuitive. One of the greatest soloists in jazz, alto saxophonist Charlie Parker once advised, “You’ve got to learn your instrument. Then you practice, practice, practice.  And then, when you finally get up there on the bandstand, forget all that and just wail.”  The only way to learn improvisation is by doing, and the only way to become great is by doing repeatedly.  Working with a team is no different. It takes practice and experience to maximize your contributions to a team, and, hence, to realize the team’s potential.

2. Listen. Pay close attention to those around you. Notice the small things like tone and body language. While others are talking there’s a tendency to be thinking of what you might say next. Resist this urge. Try not to respond until others have finished.  Heightening the skill of listening, if you do nothing else, will have a significant impact on the team. 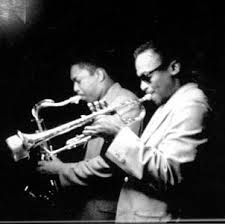 According to pianist Lennie Tristano, “The hippest thing you can do is not play at all. Just listen.”

3. Try not to repeat yourself. There’s a bit of the ego that latches on to your best ideas and tries to shoehorn them into multiple contexts.  Make an effort to constantly develop new approaches and angles. Charlie Parker was a relentless harmonic innovator, constantly editing his solos in real time at blistering speeds and changing the jazz vocabulary in the process. The level of engagement in his solos reflected a willingness to always play to the room, to use the information at hand and see what would arise instead of repeating familiar patterns. Fresh perspective (and hard work) begets innovation.

4. Spur others into action. In jazz it’s called “comping” (an abbreviation of “accompanying”) when one instrumentalist plays a phrase or group of notes to support or provoke the soloist. There’s a point in a live version of Miles Davis’ “Seven Steps to Heaven” (at 4’39”) when the drummer Tony Williams, listening to George Coleman lay down an unremarkable tenor sax solo, abruptly cuts the tempo in half, briefly turning the song into a drowsy ballad. Coleman steps up his game, plays with more invention, and is on high alert for the rest of the concert.

Encourage (and sharpen) the ideas of those around you. Bringing out the best in others improves the team as a whole. By transferring energy to others, you grant ownership and investment in the process and the team.

5. Fail admirably. When describing the evolution of his playing, free jazz pioneer Ornette Coleman said, “It was when I found out I could make mistakes that I knew I was on to something.”

This advice by Mr. McDowell sounds so relevant to what mediators do.  Practice your craft.  As a mediator, it is not so easy to say that you have taken the course and now you are ready to mediate.  Practice makes perfect, and to be a good mediator, you have to have experienced some the circumstances.  I am a soccer coach.  Soccer is a very fluid game and has so many variables.  It changes direction quickly; there are so many options, and it is impossible to coach kids about a specific scenario.  Instead, I try to coach by creating games for the kids to play that simulate some aspect of the game and the intensity of the game environment.  Then I let them learn by doing, and doing and doing.  Then after the game, I explain what worked and didn’t work.  The same has to happen in mediation.  You must practice to find out what works and doesn’t work.

Second, listening is just as important in mediation.  I have practiced the art of listening that sometimes people who are used to being interrupted look at me in a beckoning manner practically inviting me to interrupt.

Third, in the context of mediation, I believe not repeating yourself is to not overuse a tool in your bag of tricks.  If you used hypothetical offers to make some headway, don’t think that it will continue to work throughout the mediation.

Fourth, in mediation, spurring others into action is easy.  I often try to elicit a concept from a party to see if they will then accept it as their own idea instead of an idea from a third party.  If I can ask questions to make them think about a topic in a different way or to consider a proposal in a certain way, then I have spurred them into action.  Sometimes the greatest action a mediator can take is to let the parties orchestrate the method in which they want to act.  One time, a party said to me, “I don’t know how you did it, but in the morning we hated each other.  You sat down with me, had coffee and we talked about my ideas and then the next thing I knew, we had resolved our differences.”  That mediation wasn’t about my actions, it was about the actions that I was able to help the parties make.

Finally, failing admirably means that you have to have the courage and conviction to try new things and see them through.   Many of the cases that you mediate may be routine mediations that can be handled by any reasonably skilled practitioner.  The really difficult mediations require your willingness to experiment, try new things, approach the matter differently, and be willing to fail at those approaches.  The good news is that just as with jazz musicians who make a mistake in an improvisational jam session and the audience just keeps listening as if nothing happens, the same is true for mediation.  If you as a  mediator screw up admirably, you may be the only one who knows, and the mediation audience probably won’t even know.  So don’t be afraid to try the new technique.  After all that is how brilliant music is made.