Obstacles to Creativity in Mediation

Obstacles to Creativity in Mediation

One of the key things that a mediator can provide for clients is the ability to think creatively.  Indeed, some would say that a mediator’s ability to be creative is one of the key traits to being an effective mediator.  Creativity, however, doesn’t necessarily mean painting the Mona Lisa.  Instead, for mediators, creativity means thinking out of the box to work towards a resolution.  It does not mean, finding a resolution, but merely working towards it.  I recently found a post by blogger, Brian Clark, who writes on copywriting on the web.  His article is entitled, Do You Recognize These 10 Mental Blocks to Creative Thinking? I think this list is quite helpful to keep in mind, as a mediator.   He has listed the mental blocks, which I will provide you, and then I will discuss my thoughts regarding mediation.

1. Trying to Find the “Right” Answer

In my view, there is no right answer to the problem in mediation.  There is movement or no movement.  As long as you have movement, you have the answer.  No particular answer is the right answer.  As Brian indicates, “There’s often more than one “correct” answer, and the second one you come up with might be better than the first.”  If you focus too much on the perfect solution, you will not realize an adequate – and acceptable – solution.  Look at the issue and the problem from different ways.  Don’t limit your answer by asking the wrong question. 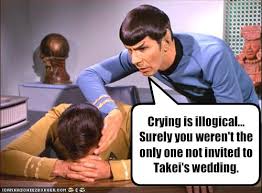 Mediation is often times not logical.  People’s positions are not necessarily logical.  Wanting a piece of flesh from somebody has no bearing in logic, but it is real.  We have to recognize that if we focus on the logic of the situation, we may ignore the illogical – but satisfactory – answer. For example, in an employment mediation, I asked the defense if they would provide a neutral reference.  They informed me that the request was illogical because they would not want to create liability by providing a negative or positive reference.  To the plaintiff, however, who had a bad experience with the employer, her feeling that the employer would negatively attack her for the rest of her days was irrational, illogical, but very real.  One way to avoid the logic of the issue is to think of the most insane solutions, and work backwards.  When forced to look at the absurd, the rest may become logical.

As Brian Clark indicates, “One way to view creative thinking is to look at it as a destructive force. You’re tearing away the often arbitrary rules that others have set for you, and asking either “why” or “why not” whenever confronted with the way “everyone” does things.”  The “why” question is a powerful tool for getting out of the ordinary, and trying to understand what is behind the position.  Beware, sometimes when you ask this question, you may get stung because you are peeking in  behind a thorny problem.  Sometimes, when you ask the other side why, it may take several efforts at trying to unveil the reasons behind a problem.

I hate practicality while brainstorming.  The worst thing to do to a creative session is to inject practicality.  This is not to say that practicality doesn’t have its place.  It does.
But just not in the creative process.  Take down the ideas, then the parties can shoot the them down later if they like.  This is not a feasibility study.  One problem, however, is that attorneys may not want to spend time thinking of something that has no feasibility.  The reality, however, is that if they think of how to make and impracticable solution feasible, they may come up with a different solution that is feasible.  For example, in a property theft case, where both sides had accused the other of property theft, I suggested that each side pay $1,000 to the other side if they found any item on the other’s property, no matter the size or value.  They rejected the idea, but in doing so, they arrived at a solution that was workable.

Sometimes you have to have fun in mediation.  It can’t all be work.  You need to sometimes change the dynamic of the room.  Maybe change the environment or the mood.  By changing one of the dynamics of the room, people, or activity, you can spur creative solutions.

You are the mediator.   It is your job.  This doesn’t mean it is exclusively your job.  But the role of Creative Soup Stirrer is yours.  You don’t have the ingredients.  But once you get the ingredients, you need to stir them to make sure the soup doesn’t burn.

7. Being a “Serious and Polite” Person

You can be a serious person, talking about a serious topic, but that doesn’t mean you have to conform.  Often, “seriousness” is mistaken for groupthink.  People maintain a civilized manner and conform to the group.  This leads to civility amongst society, but helps very little to coming up with creative solutions.  Sometimes, you have to non-conform in order to change things up.  Sometimes as a mediator, you don’t have the luxury of not ruffling a few feathers.  Unless people see the other side, they may not be willing to come up with ideas to resolve the case.

Sometimes, you have to make harsh statements in jest.  Sometimes, the harsh truth of a statement can be softened by making light of it.  Indeed, Kings of old age have frequently consulted with a jester because “the persona of the fool allowed the truth to be told, without the usual ramifications that might come with speaking blasphemy or challenging ingrained social conventions.”

Most attorneys thrive on certainty. 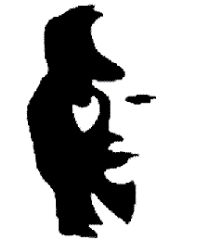 Mediators, however, should thrive in the world of ambiguity.  Often, our statements are intentionally ambiguous to provide time and space for a topic to be discussed.  Accepting ambiguity as a good thing can be liberating.  Realizing that there are not only black and white, but shades of grey can help you to demonstrate to the parties that different perspective exist.

The reality is that because attorneys want certainty, they don’t want the ambiguity to be explored.  As long as you can embrace ambiguity in the situation, rather than run from it, you may be able to see the solution.

9. Being Wrong is Bad

Everything we are taught is that it is wrong to be wrong.  Well, that’s where you’re wrong.  Mistakes are the basis of discovery.  Thomas Edison famously stated that he didn’t make 10,000 mistakes; he found 10,000 ways not to make a light bulb.  One of Edison’s greatest strengths was that he was not afraid to be wrong and he was creative.  He came up with thousands of items that might create a filament for a light bulb.  He didn’t go with conventional wisdom.

As a mediator, you can’t be afraid to make mistakes.  Often your best solutions come from mistakes that you have made.  The reality is that most people don’t know that you made a mistake; only you do.  Try the idea.  If it doesn’t work, all that has happened is that you – at worst – haven’t moved forward as much as you had hoped.  In reality, even your mistake will likely move the parties closer to resolution.  .

10. The Law is Not Creative

Who ever said the law was not a creative field must never have heard some of the best lawyers make their closing arguments, or present extensions of the law.  The law is full of creativity – from creating new precedent, to applying new facts to old precedent.  The law is about creating solutions.  Lee Iacocca once said, “We are continually faced by great opportunities brilliantly disguised as insoluble problems.” Denying your own creativity is like denying yourself wonderful opportunities.   Those opportunities and solutions are there, you just have to find them.