Meltdown!  The word has left an indelible mark on our psyche based upon the Japanese nuclear crisis.  But having truly seen and experienced the overwhelming problem the nuclear crisis is on this world, I cannot help but think that the term meltdown has been overused in our modern vocabulary; In addition, it has lost the significance of the true meaning until such an event crystalizes the true meaning of the word Meltdown.

According to the freedictionary.com  meltdown means:

1. Severe overheating of a nuclear reactor core, resulting in melting of the core and escape of radiation.  2. Informal A disastrous or rapidly developing situation likened to the melting of a nuclear reactor core: “After several corporate meltdowns, only two reporters remain in [the] bureau” (David Fitzpatrick); 3. Informal An emotional breakdown.

How can a severe overheating of a nuclear reactor core be compared to “an emotional breakdown?”  It can’t.  But somehow in our society we have decided that the term meltdown is ok to say about a toddler, a teenager, a business, or a variety of other situations. 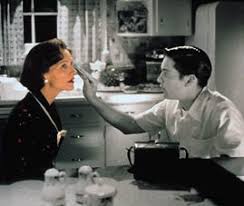 I think that one of the problems is that today, people are lax or lenient in allowing strong words to express a less than overwhelming emotion.  Take for example, the word “hate.”  People banter the term around all the time.  Entire websites are geared towards the word such as hatebook.com.  The reality, just as meltdown is a powerful term, “hate” is too.  According to Merriam Webster, hate means “intense hostility and aversion usually deriving from fear, anger, or sense of injury.”  Do we really have an intese hostility based out of fear or injury towards a mocha, a dog, a t.v. show, and so on?  The answer is no.  But the reality is that it is usually easier to say hate or meltdown than it is to figure out the true emotion.

I think that all of us, myself included, need to think about the words we use.  Words can create problems, words can help problems; and words — like tools — have a specific purpose that must be honored.

Perhaps our society’s desire to oversimplify all emotions, characteristics and things can be the root cause.  A person is moody — it must be depression.  Maybe he is just moody.  It is either black or white — but never gray.

The reality is that much of it is gray or some other color and many people only look at it in a black or white way.  In some sense, we are living in Pleasantville — a fictional black and white world that soon realizes that there is much life outside of the black and white and that although those other colors come with trouble and strife, they come with their innate beauty.

Mediation is often the multicolored world with parties that see black and white.  Our job as mediators is often to spray color into the neat world of Pleasantville and to allow the parties to see the color that may exist.