How to Create the Luck of the Irish in Negotiations

How to Create the Luck of the Irish in Negotiations

Pyschologist Richard Wiseman thinks he has the answer.  He has researched luck for over a decade.  In his book The Luck Factor he has written about how we generate luck. 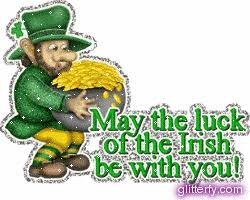 Wiseman conducted a 10-year case study of 400 people ranging in age from 18-84 in the quest to discover why some people are lucky. The results were simple – you create your own luck based on how you think and how you see things.  The great thing is that you you can learn to change your luck. Once you change the way you think and the way you see things you will begin to create your own good luck and good fortune.

Wiseman explains that lucky people follow four basic principles.  “They are skilled at creating and noticing chance opportunities, make lucky decisions by listening to their intuition, create self-fulfilling prophesies via positive expectations, and adopt a resilient attitude that transforms bad luck into good.

In an article written in the Telegraph, Wiseman discusses generating luck.  He explained that “over the years, I interviewed these volunteers, asked them to complete diaries, questionnaires and intelligence tests, and invited them to participate in experiments. The findings have revealed that although unlucky people have almost no insight into the real causes of their good and bad luck, their thoughts and behaviour are responsible for much of their fortune.”

Some of the things that we need to consider to increase our luck is the ability to take random opportunities.  The lucky people were open to new opportunities and to different experiences.

According to Wiseman, “personality tests revealed that unlucky people are generally much more tense than lucky people, and research has shown that anxiety disrupts people’s ability to notice the unexpected.”  “Unlucky people miss chance opportunities because they are too focused on looking for something else. They go to parties intent on finding their perfect partner and so miss opportunities to make good friends. They look through newspapers determined to find certain types of job advertisements and as a result miss other types of jobs. Lucky people are more relaxed and open, and therefore see what is there rather than just what they are looking for.”

Wiseman explains “In the wake of these studies, I think there are three easy techniques that can help to maximise good fortune:

Unlucky people often fail to follow their intuition when making a choice, whereas lucky people tend to respect hunches. Lucky people are interested in how they both think and feel about the various options, rather than simply looking at the rational side of the situation. I think this helps them because gut feelings act as an alarm bell – a reason to consider a decision carefully.

Unlucky people tend to be creatures of routine. They tend to take the same route to and from work and talk to the same types of people at parties. In contrast, many lucky people try to introduce variety into their lives. For example, one person described how he thought of a colour before arriving at a party and then introduced himself to people wearing that colour. This kind of behaviour boosts the likelihood of chance opportunities by introducing variety.

Lucky people tend to see the positive side of their ill fortune. They imagine how things could have been worse. In one interview, a lucky volunteer arrived with his leg in a plaster cast and described how he had fallen down a flight of stairs. I asked him whether he still felt lucky and he cheerfully explained that he felt luckier than before. As he pointed out, he could have broken his neck.”

As negotiators we can develop lucky habits also by doing some of the following: