Edison: Opportunity is Disguised as Work

Edison: Opportunity is Disguised as Work

Opportunity is missed by most people because it is dressed in overalls and looks like work.

This quote addresses some of the issues of starting a mediation practice.  Many people want to be mediators; they just don’t want to do the work to become a mediator.  It is very hard work to develop a successful practice.  Recently, I spoke with a mediator who said that he hasn’t gotten much business after 2 years.  I asked him what he was doing to promote his practice.  He stated that he was doing 3-4 mediations a month for the courts and was wondering why his phone wasn’t ringing.  He told me that he had done enough mediations to get on the pay panel and was also wondering why he hadn’t received any pay mediations from that panel. 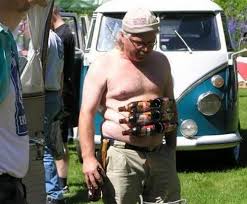 This mediator’s problem was that he wanted a six pack stomach while only doing 3 sit ups a day. Without the 1000’s of crunches necessary to make the six pack, it is impossible to achieve the desired result.  At a rate of 3-4 mediations a month, he would have done a maximum of 48 mediations in a year and have met only 84 attorneys.  Mediation is, and should be, a full time practice.  Doing a 150 hours of mediation a year is not full time.  That is barely 1 a week.  What is going on the rest of the week?