In mediation, you often find yourself going late into the night to try to make a deal.  Indeed, there have been a few times where the case finally gets resolved well past midnight. Obviously, everyone is tired; but how can that tiredness affect the decision making?

One activity that is clearly involved in mediation that can tax a person significantly is making choices.  There are several studies that show that as people make more decisions, their decisions become rushed due to fatigue of the brain.  On some occasions, they simply shut down and make no choice at all. One study, by Ned Augenblick and Scott Nicholson of Stanford, analyzed voting patterns in California. The study found that the more choices the voter was required to make, the more likely the voter was to not make a choice or to use a shortcut, like picking the first choice or voting to keep the status quo.

The researchers found that simply the number of choices before significantly affected how a voter would decide on a yes decision to change. Indeed, many of the initiatives would have passed had they been higher up on the ballot. 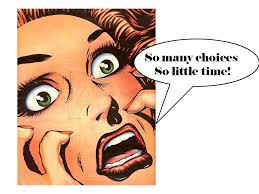 Another Stanford study found that people who spent a day making decisions were less inclined to do something later in the day.  They showed choice fatigue and their brains were tired of making choices.

The many decisions that have to be made during a mediation can clearly tire a person out.  Attorneys and mediators have to be very careful in watching for signs of choice fatigue.  Although there are plenty of studies that show that fatigue might affect self control, these studies actually show that fatigue may in fact prevent a choice – such as a the choice to settle – from being made.

How can we help this choice fatigue issue?  I believe that we need to obtain commitments towards resolution earlier in the day — even before negotiating has even started.  By obtaining such commitments – no matter how small, it is increases the likelihood that the person will say yes to the ultimate decision to settle.

Moreover, the client’s active decision making process to make offers helps the person in the end.  In other words, if a person has been actively participating in the negotiation – as opposed to be given the final offer at the end of the day – that person is certainly more committed to the result and the process.  By including the client in decision making, she may be more fatigued while simultaneously more committed to a resolution.