Conflict is a part of daily life.  Whether you are mediating, negotiating, working on a matter, or simply having a conversation with a friend, conflict can occur at any moment.  There are many people that don’t embrace conflict at all.  The problem is that the conflict doesn’t go away.  It only festers and gets worse.  That’s why it is important that we not only prepare for the conflict, but also learn to use the conflict to make things better.  Even on a global scale this process can pave the way for making a better world.  For example, after WWII, the United Nations was created which has helped to resolve or reduce numberous conflicts.

The key to conflict is to not shy awy and face them head-on and with a calm demeanor.  Here are some tools to use to work through the conflict. 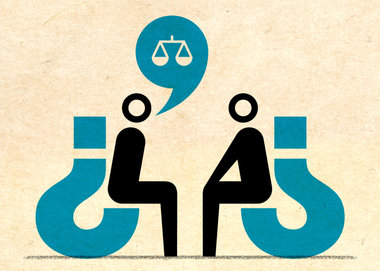 Use the Socratic Method

ASking questions, rather than defending your actions will help you to de-escalate the conflict.  When asking those questions, however, you must work hard to not ask questions in a sarcastic or antagonistic way.  “When someone states something like “you did a lazy job on that report,” don’t disagree with them. Instead, ask them why they feel that way. Inquire how [you] could have done it better. If you feel inclined to provide an excuse, form it as a question as well. Stay calm and keep asking. Sometimes you will have to make statements to avoid sounding weird, but the more you ask questions the more you force a person to think about a specific issue rather than just hurl insults.”  says Adam Dachis, writer for LifeHacker.com on social pyschology.

You won’t be able to change the other person.  Indeed, in mediation, I tell people up front that I can’t force anyone to do anything.  I also explain, however, that I can control my efforts.  You have to change how you approach the conflict; not the other person.  But by doing so, you may change how that other person handles conflict.  One thing that is important to do is to  recognize that you have two problems: your emotions and the situation. You not only need to solve the problem of feeling upset but also the problem that created the conflict in the first place. Although it seems counter-intuitive, venting frustration actually may make matters worse.  Sometimes it is very important to allow some time to pass before you start to talk through your feelings.  Having a conversation in the heat of the moment only will make you want to defend your actions more.

In addition, it is critical that you first address your emotions.  Take time to think about your emotions and allow yourself time to reflect; calm down, and then evaluate.  I find that taking 5-7 deep breaths is immensely useful.  Once your heart rate has dropped a little, now think of solutions and discuss those solutions rationally.

Other techniques are to treat your conflict like a hostage negotiation.  To read more about those negotiation skills, click here