Mediation is Like Peeling An Orange in One Peel

Mediation is Like Peeling An Orange in One Peel

Recently, I had a mediation where it became patently obvious that the case had been set for mediation too early and the parties did not fully understand the other side’s position.  The case started with demands and offers in two different universes.  After examining the issues, it became obvious that more needed to be done to get the matter closer to resolution.  During this process, one of the parties said to the other, why did we waste our time.

It got me thinking that often when a mediation fails to resolve the case, the parties actually say that it failed.  In my opinion, it is a limited perspective to say that the mediation failed only because it did not reach a resolution.  Many times, the parties have good intentions to resolve the case, but don’t realize that they need more information.  To simply say that it failed because the case was not resolved fails to look at the broader reasons for mediation:  Namely, to exchange ideas and perspectives.  In order to resolve a dispute, it is usually necesary for the parties to understand — not necessarily to agree — the other side’s perspective.  Often mediation is more about the mediator demonstrating to one side or another that another world view can exist.  Once parties recognize that concept, then only can they resolve the matter. 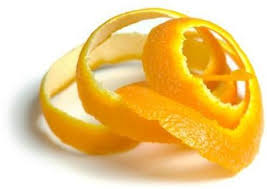 Thus the exchange of information alone is a valuable process, in and of itself.  That process can help in the process of resolution.

In addition, I think it is important to understand mediation as a process, and not an event.  The process of mediation takes time.  Often it takes multiple sessions.  Often the case is not ripe for a variety of reasons, including lack of information, lack of understanding, or an unwillingness to understand.  Just like peeling an orange in one single peel, the mediation process has a beginning and an end, and then the middle process has to be carefully handled so as not to break the chain.