Can't Buy Me Love in Mediation

Can't Buy Me Love in Mediation

One of the things that I hear often in mediation is the concept that the case is about money.  Although the answer to the issue does depend on what perspective, new research helps to address how to possibly try to be satisfied with the results in mediation.  One study found that people who are directed to  think about time plan to spend more of their time with the people in their lives while people who think about money fill their schedules with work.

Cassie Mogilner of the University of Pennsylvania designed an experiment in which participants concentrated on money or time. Those who had been asked to think about time planned to spend more time socializing; Those who’d 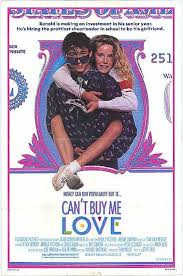 been primed to think about money planned to spend more time working.  Interestingly, when this study was conducted on lower income people, the same effect occurred when thinking about time, but not when it was about money.

In mediation, unfortunately, the conversation often gets focused on money.  The lawyers focus on it and consequently the parties do so also.  However, it might be worthwhile to try and redirect some of the parties’ thoughts on what they will do with their time when the litigation is over.  Asking them to consider the impact on the existing relationships might also help to change the focus subtly from money to relationships.  “There is so much discussion and focus on money, optimal ways to spend and save it, and the relationship between money and happiness,” says Mogilner. “We’re often ignoring the ultimately more important resource, which is time.”

You cannot take the money issues out of a litigated mediation, but you can help to change the focus so that the money is not the sole focus.